With California building codes among the most sustainably oriented in the nation, it can be tough for builders to go above and beyond to make a new community stand out.

But that's the goal of Foremost Companies, the developer of Terramor in Corona, a master-planned community being developed on one of the largest undeveloped residential land parcels in Southern California.

This transformational community will offer new home neighborhood options for both 55+ and all-age buyers. The 961-acre property, approved for 1,443 single-family homes, will be developed in three phases. 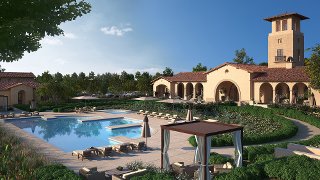 The homes will be terraced into the rising hills of Terramor to provide exceptional panoramas of the natural splendors of the Santa Ana Mountains. The master-planned community will interlace over five miles of trails and 22 acres of parks that include multiple resort-style clubhouses and swimming pools for residents to enjoy year round, according to Steve Cameron, president and founder of Foremost Companies.

With California codes forcing high performance and resource conservation into new homes, the developers must be creative in creating communities that attract buyers. Particularly with the over-55 sections of the neighborhood, the buyers are discretionary, meaning they're not relocating for jobs or schools. They will move to a new community because it offers a lifestyle they find attractive, Cameron said.

"With open space and over five miles of maintained trails that connect to even longer adventures on regional trails are all integral to the Terramor way of life," Cameron said. "Add to that the individual parks that bring nature into the community, perpetuating the sense that this is open country and residents are free to enjoy it a few steps from home."

One of the big drawing cards for Terramor is the freeway access to all of Riverside County and on to surrounding Los Angeles, Orange, San Diego, and San Bernardino counties. Complemented by the Santa Ana Mountains nearby, Terramor offers 360-degree views of the regional landscape and impressive vistas of the majestic Trabuco and Saddleback Peaks.

The home designs will also reflect the community’s strong connection to the land with outdoor spaces and California rooms. No less important are the eco-friendly measures that Terramor has in place to give careful consideration and response to the unique conditions of its locale through environmental responsibility," Cameron said.

One of the most requested amenities was a dog park, Cameron noted.

Native and drought-tolerant landscaping will be irrigated with reclaimed water, and the existing riparian habitats along with 540 acres of preserved open space, will be maintained.

The community is thoughtfully planned to be respectful of the natural landscape and resources. Water conservation techniques will be employed in addition to other sustainability measures, including the use of native and drought-resistant landscaping. Slopes will be irrigated with reclaimed water, existing riparian habitats will be preserved, and the developer will dedicate 540 acres of open preserved space. 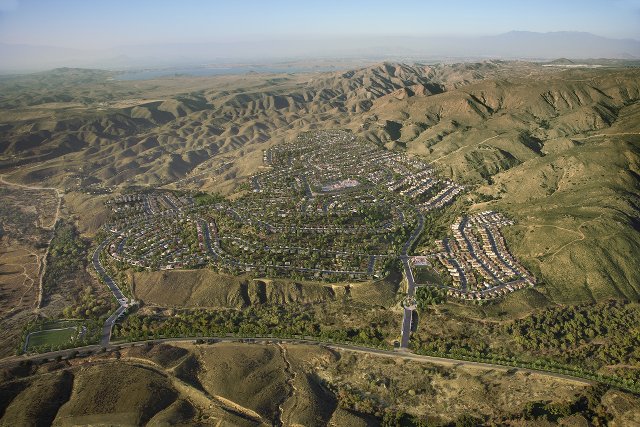 During development the company relocated some large old oak trees from a nearby gravel mining operation that were going to be removed.

"We have these big beautiful trees and they're basically in the same microclimate so we think they're going to adapt really well," Cameron said.

As part of the site reclamation, the developer is creating some slopes, and on one of the slopes they're planting Zinfandel grapes.

"The Community residents will manage those grapes and if they want to create their own Terramor wine they can do that," Cameron said.

A small milkweed garden will provide a haven to migrating Monarch butterflies.

Living spaces for all ages

Insight, innovation, quality, and commitment are the cornerstones of the vast variety of new home opportunities at Terramor. For the 55+ buyer, homes are crafted to respond to their desire for carefree maintenance, large entertainment areas, elegant finishes, and cost-saving energy efficiency.

"The anticipation for Terramor is mounting among builders who want to be a part of this special place, as well as with our rapidly growing list of interested home buyers who recognize the ideal location and first-class, resort-style amenities being introduced to the region," Cameron said.

Builders include CalAtlantic Homes, KB Home, and Pulte Del Webb, which has already begun construction on two 55+ neighborhoods and will build the first five neighborhoods within Terramor.

"One of the biggest differences between the homes that are being built in California today, compared to homes that built in the 2005 time frame is that not only has the energy efficiency has gone up, but it's just amazing that the floor plans incorporate the concept of indoor-outdoor living," Cameron said. "It didn't exist 10 years ago, and now with nearly every home you look at, that's what the buyers want."

KB Home will build two all-age neighborhoods, Sorrel and Caraway, totaling 170 two-story homes that will range from approximately 2,200 to 2,700 square feet. The neighborhoods are anticipated to open this summer.

CalAtlantic Homes will build an active adult neighborhood of 105 home sites called Sterling. The neighborhood will offer four new, one- and two-story home designs that will range in size from approximately 2,200 to 2,500 square feet. Sterling is expected to open in the winter.

"It is a unique project and I think people are beginning to see that you, I think they're attracted by the attention to detail we're paying attention to the environment and the architectural styles, and it's five-star quality," Cameron said.

Gary Wollenhaupt is an experienced writer and editor, with a background as a daily newspaper reporter as well as corporate and agency public relations and marketing. He is constantly looking for affordable green upgrades to make to his home in eastern Kentucky.