One of the top goals of the Proud Green Home of Louisville was to create a highly energy efficient yet very livable home. But there's more to the house than low energy use.

Overall, the team's passion was to build a socially just, culturally rich and ecologically restorative home, according to builder Sy Safi of UberGreen Spaces & Homes.

To meet these lofty goals, the home incorporates an array of high performance building techniques to reduce energy use, including a tight thermal envelope, geothermal and radiant floor heating and cooling, and solar power.

The home is estimated to have a HERS index of about 30, before incorporating renewable energy from solar panels, according to Dave Horton, a certified energy rater and director of operations for Green Building Consulting in Cincinnati.

"If this home is at 30, we can say that it is at least 70 percent better than most homes," Horton said.

The HERS index, managed by RESNet, scales from zero to 150, with a lower score being better. A home with an index of 50 was built exactly between net zero and a home built to the 2006 energy code, or the 100 level.

The comprehensive thermal envelope will reduce energy requirement by about 85 percent, therefore reducing the size of the mechanical equipment necessary for heating and cooling. The geothermal unit for heating, cooling and pre-heating hot water in the summer will save about 70 percent energy usage.

A high performing home is one that's designed and built as a system.

"Just like our bodies work as a system, you can’t say I want my heart to do this and my lungs to do this," Horton said. "A home works as a system as well. One example is someone that wants to put a ventilation system in in a home that's already extremely leaky. The ventilation system is not a bad thing, but they’re not getting any real benefit from it. They need to tighten up their house first. It’s very important to understand that a whole building does work as a system." 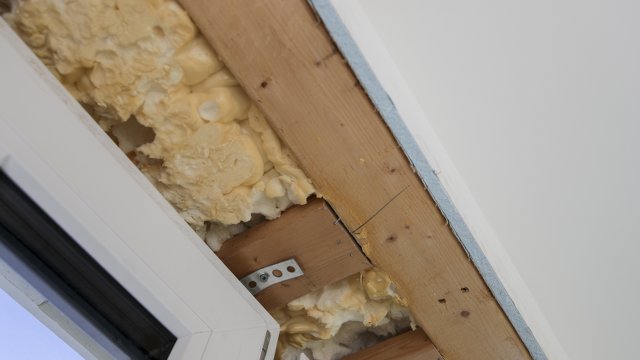 The key to the home's performance is a comprehensive thermal envelope to minimize energy loss through walls, windows, roof and foundation. Inside, there a comfortable environment that is evenly tempered on all floors of the home in the middle of the rooms and even against the outsides walls, windows and doors.

"The exterior walls, roof and beneath the floor slab of the home were designed specifically for our climate zone to be air-tight and stop all leaks, super insulated to resist energy losses and be durable," Safi said.

Designing a home that met the energy efficiency goals while also living up to the requirements of the community was a challenge, according to architect Clive Pohl of Pohl Rosa Pohl.

"We had a limited footprint and we had to do everything in our powers to open it up and make it feel generous and not enclosed," Pohl said. "The whole notion of a Passive house that’s thoroughly sealed and therefore requires energy recovery ventilation is brilliant. As an approach to building that minimizes a footprint, you can’t beat it."

As an experienced high performance homebuilder, Safi knew that attention to detail was vital to get the green ratings he wanted for this house.

The thermal envelope started at the ground level with the slab and footers insulated with geofoam by Perma-R. This insulation isolates the home from the temperature of the soil. The foundation also benefitted from a Stego air and vapor barrier beneath slab.

The home's walls incorporate insulated concrete forms for much of its structure, and wood frame construction with blown-in fiberglass, spray foam insulation as well as rigid foam insulation on the roof. The idea is to wrap the home in a layer of continuous insulation that eliminates energy leaks through thermal bridging.

"This ICF system is close to the perfect wall because you have something that’s extremely durable with concrete and it has all of the continuous insulation that you could possibly want," Horton said. 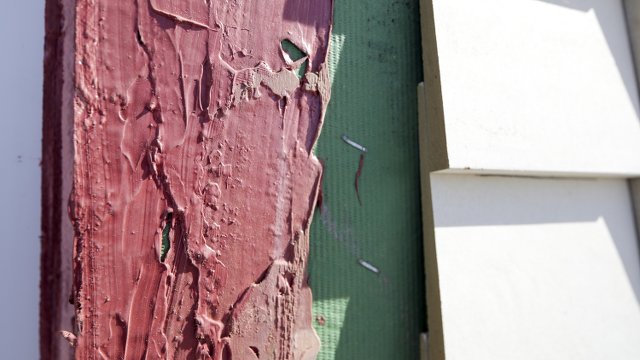 In the upper stories of the home, wood framing was used for the wall system. The ZIP System sheathing from Huber Engineered Woods was used because it has the built-in weather resistant barrier and built-in airtight layer. Seams and any penetrations are sealed with the Zip System tape.

"It's superior to housewrap because a lot of times, if one part of the housewrap fails, then everything behind it fails," Horton says. "You don’t have that with the ZIP System."

The subfloors were built with Huber's Advantech flooring that's stable and durable so that it didn't need sanding or finishing before the flooring was laid.

The windows are triple-pane tilt-turn, super insulated and airtight units that contribute to the performance of the thermal envelope as well. The windows on the long side of the home facing south are tuned with a higher Solar Heat Gain Coefficient to passively heat the home with the sun in the winter when it’s low which also reduces the heating demand load.

In the North Village section of Norton Commons, 1,800 homes and commercial spaces will use geothermal heating and cooling. 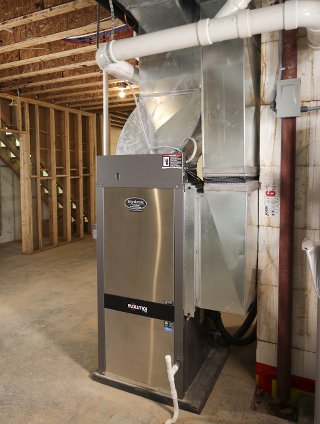 "There are a multitude of benefits from geothermal heating and cooling technology, the most obvious of which is no condensing unit outside, so it allows us to make the most use of the small yard space we have here," said Marilyn Osborn Patterson, general counsel and director of marketing for Norton Commons. "It cuts down on noise and the heat and air pollution that those units sometimes put out."

The high performance nature of the Proud Green Home made it a natural fit for a geothermal system, in this case a Hydron Module ground source heat pump from Enertech Global LLC that allowed the home to achieve the energy savings, comfort, and cleanliness, all in one.

"The home itself is very energy conservative and tightly built, so we were able to downsize the equipment compared to what a house of this size would normally require, said Ron Neal, a comfort designer with Allgeier Air in Louisville. "We also put in two-stage equipment, so most of the time it will run at a lower stage that costs less to operate, which also allows it to maintains a more even temperature and dehumidify in the summer better because it’s operating at that lower stage. It’s what we call a soft-start motor. It starts up softly and ramps up gradually to whatever phase it needs to be in."

One reason that Neal chose the Hydron Module was because the company offers long warranties, including a lifetime warranty on the compressor and the all-aluminum air coil.

"They have a lot of experience in design and manufacturing and it’s much quieter and more efficient than most equipment," he said.

Compared to other geothermal units, the Hydron Module can be up to 25 percent more efficient.

Geothermal systems require a buried ground loop for the heat exchange with the earth. While that requirement leads to extra initial cost for installation, the lower energy use results in a payback of seven to 10 years, Neal said.

The home also features radiant floor heating in the bathroom. The radiant heat makes the hard floor surfaces more comfortable in every day use especially after a bath 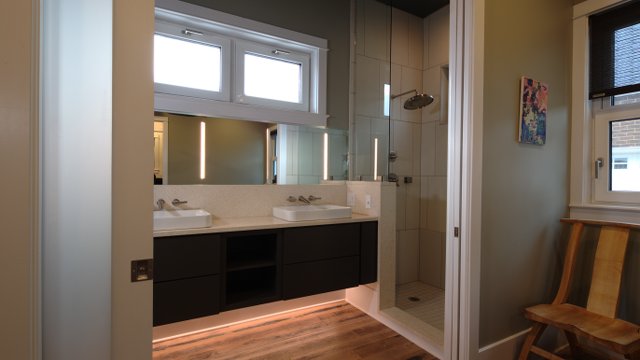 or shower. Safi installed the STEP Warmfloor radiant heat system, a low-voltage systems that's one of the most energy efficient floor warming systems on the market.

In addition to the passive solar heating from the windows with a high Solar Heat Gain Coefficient, the home uses solar photovoltaic modules to generate electricity. The solar panels by Suniva are expected to produce all homes power needs. The solar system includes micro-inverters by Enphase and SolarDock mounts for the panels.

The home's energy use will be monitored by SiteSage, which allows occupants to see how much and where they are using their energy, identify phantom loads and adjust behavior for energy conservation.

The home will undergo testing to verify the design, technology and building quality all comply with green home certifications and provide the expected performance. 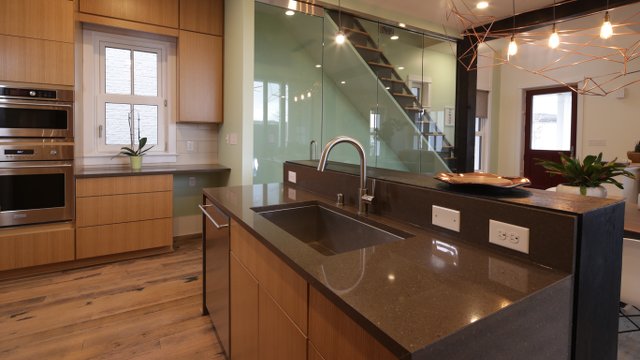 The home rater will conduct a blower door test to determine the air tightness of the building envelope, and a duct leakage test to detect any leaks in the HVAC duct system. The ducts for the range hood in the kitchen and the Zehnder ERV will be tested as well.

"All the things that are so important to the performance of the home, we test and verify," Horton said. "Even though we believe that you designed and built the building in such a way that it’s going to be fine, we don’t know for sure until we test and measure."

The measurements and verifications are used for in the programs that the home is seeking certification under, such as LEED for Homes, NAHB Green, DOE Zero Energy Ready and Passive House Plus.

"If you want to be at the top of these programs, you have to do the best of everything," Horton said. When you consider the whole house as a system and you design it correctly, it ends up equaling the top 1 percent of the market, which we’ve accomplished here."